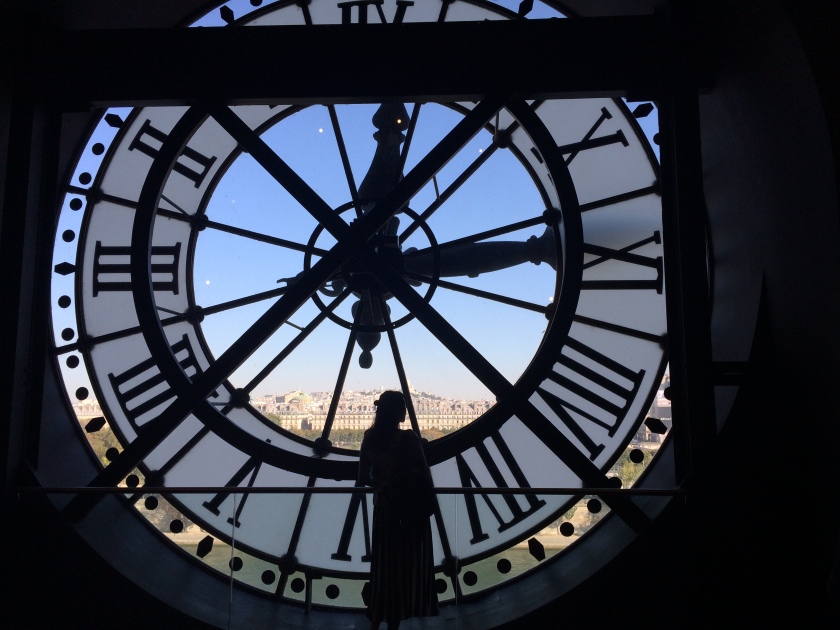 Here are a few of my favorite things I did in Paris, in no particular order:
Sacre Coeur
Climbing the steep hill to Sacre Coeur left me breathless. When I stepped inside this immense cathedral I felt awed by the grandeur. Arriving at sunset was an extra treat…Paris was awash in golden light. I brought a picnic dinner and sat on the grass to enjoy my feast with a view, then stayed until dark to watch the city begin to twinkle. 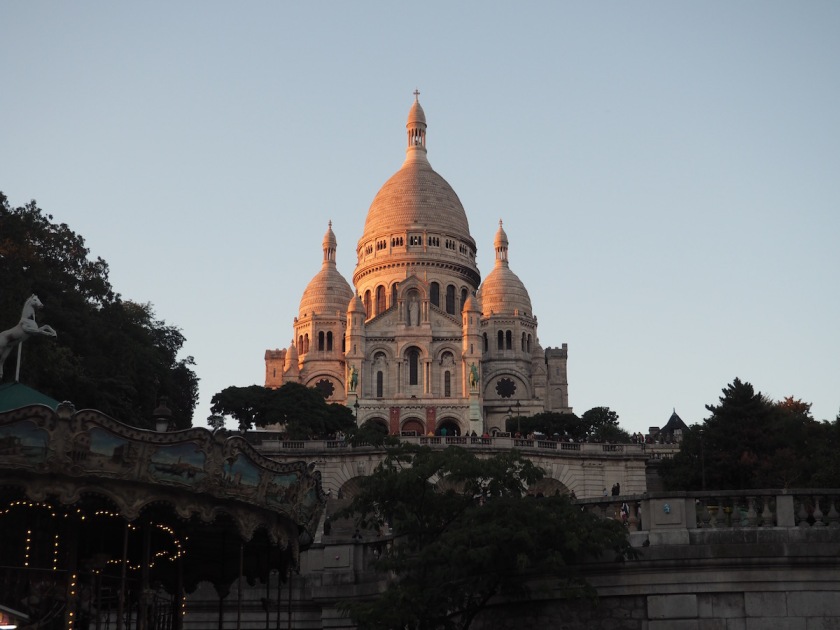 Arc d’Triumph
A short subway ride from Sacre Coeur, the Arc d’Triumph was impressively large and gave a wonderful view of the Eiffel Tower and the wide boulevards of Paris, laid out below on interlocking axis. I found myself thinking, if city planners back then knew how to lay out such a beautiful, livable city, why don’t modern city planners apply some of these same ideas?
As the Eiffel Tower twinkled in the distance, I savored a moment of being fully present. I felt overwhelmed with gratitude that I had begun my journey.
Beneath the Arc was the somber Tomb of the Unknown Soldier, a monument to unidentified fallen soldiers everywhere. 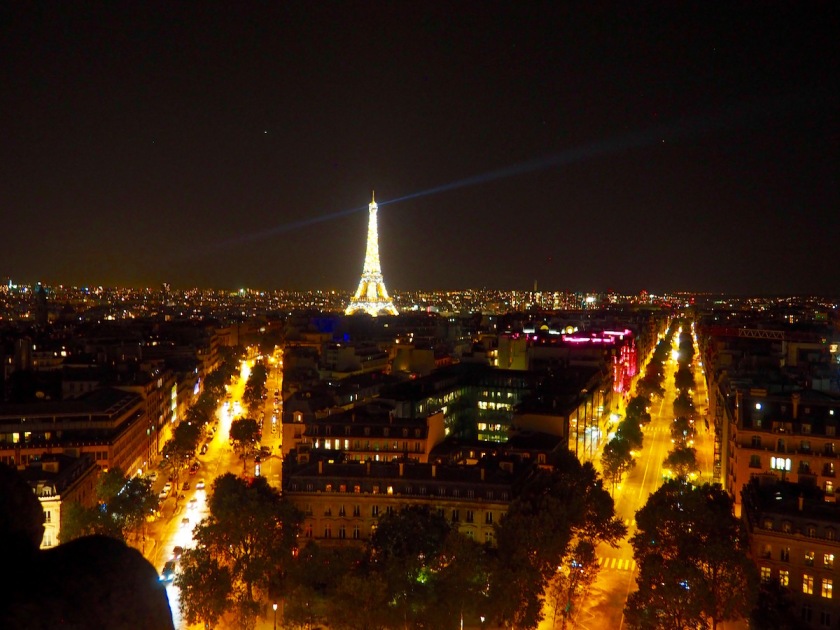 View of Paris from Arc d’Triumph

Eiffel Tower
Paris’ most iconic monument, the Eiffel Tower was an essential stop on my first visit to the City of Light. I rode the creaking lift to the top and marveled at the feat of engineering the tower was when it was first built for the World’s Fair in 1887. It was freezing at the top, but I circled the tower and even stopped off on the second level to check out the see-through floor (yikes!). I was lucky enough to visit on the hour and got to see the tower alight with thousands of strobe lights flashing in the night. 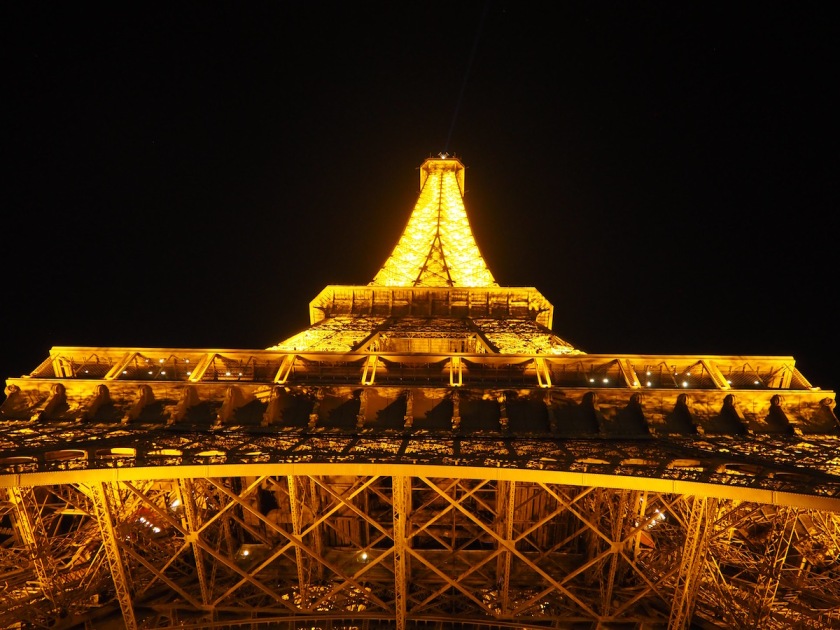 The Louvre and Jardin les Tuileries
Unless you have museum superpowers, limit your time at the Louvre to a half day (2.5-3 hours) and don’t try to see everything in one visit (like I did). When I couldn’t look at another famous painting or statue without going cross-eyed, I finally headed outside and into Jardin les Tuileries, a beautiful park filled with fountains, fruit trees and walking paths. Gasping for fresh air, I collapsed into one of the green chairs around the fountain, and joined the local Parisians in watching the world spin by. It was the best part of my day so far. 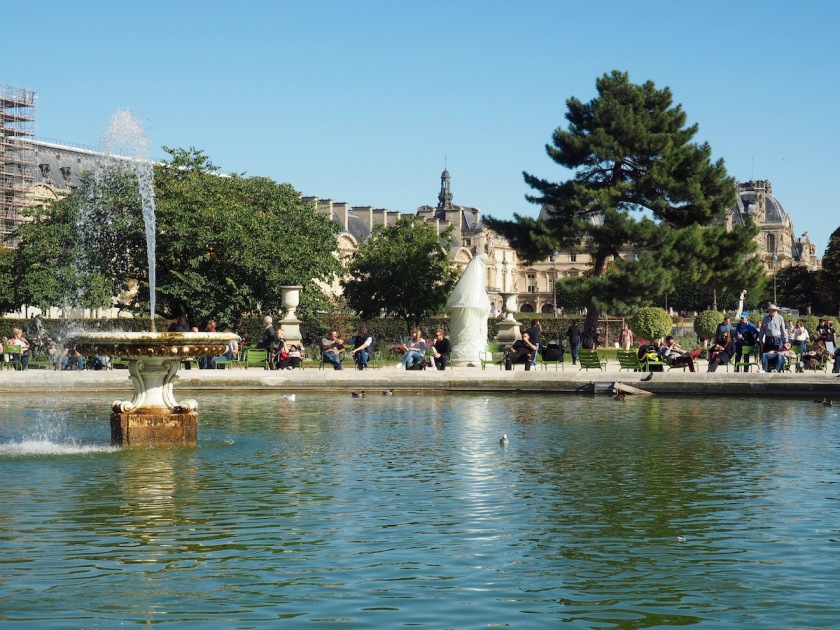 Bicycling along the Seine
Paris has a wonderful network of city bikes available at stations around the city. I felt like a local as I rented my bike for a few Euros and pedaled along the scenic banks of the Seine in the late afternoon sunlight. I passed arcing bridges and flat riverboats, some of which had been converted into cafes and fancy restaurants. However, my lovely afternoon ride turned into a misadventure when I couldn’t find another bike station to drop my bicycle off near Notre Dam. Defeated, I pedaled all the way back to where I had borrowed the bicycle in the first place, then set out by foot back towards the grand cathedral. Unfortunately, I arrived too late to enter and had to be satisfied with snapping a few photos in the square out front. C’est la vie! 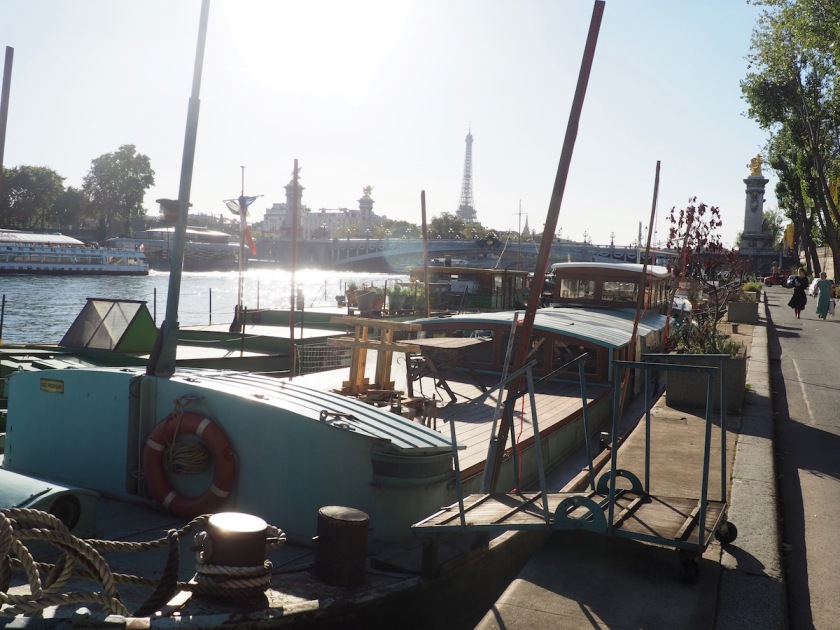 Cycling along the Seine

Muse’e d’Orsay
This wonderful museum is filled with impressionist and post-impressionist works by masters such as Monet, Manet, Degas, Renoir, Cezanne, Gauguin and Van Gogh. If nothing else, it was worth a stop inside to see the beautiful art nouveau building (a former train station) that the museum is housed in—plus the stunning view of the city through the clock face.

Versailles
A short train ride from Paris, I explored the Palace at Versailles, The Gardens, The Grand Trianon and Marie Antoinette’s Estate. Luckily, I was able to rent a bicycle to get around the gardens (which are more like an enormous park), otherwise this would have been nearly impossible to do in a single day. It was incredible to feel the history that had happened in this beautiful setting. As I listened to the audio tour, I imagined these exciting historical events happening along the clandestine garden paths and in the opulent palace rooms; filled with mirrors, gold everywhere, sparkling chandeliers and velvet wallpaper (that typically  matched the drapes and the upholstery). What a wild world the French monarchy lived in! 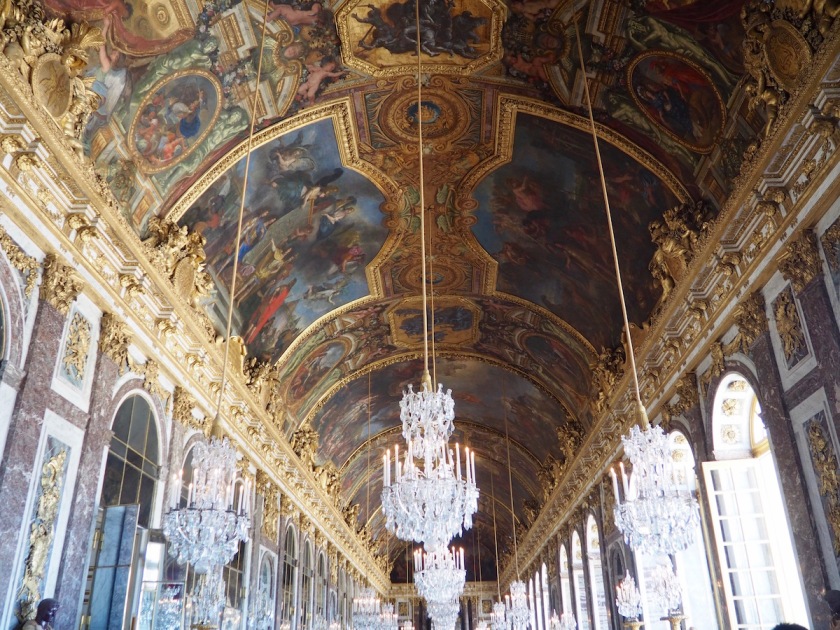 Latin Quarter
Back in Paris, I enjoyed an evening out in the Latin Quarter with a friend, who happened to be in Paris for fashion week. We caught up over a glass of wine, then wandered through the busy streets until we found a tapas bar that served sangria by the pitcher. The Latin Quarter was alive. Music spilled out of bars and the streets were filled with people smoking cigarettes, drinks in hand, chatting and laughing. After cruising solo for a few days, it was the perfect way to celebrate the end of my time in Paris. 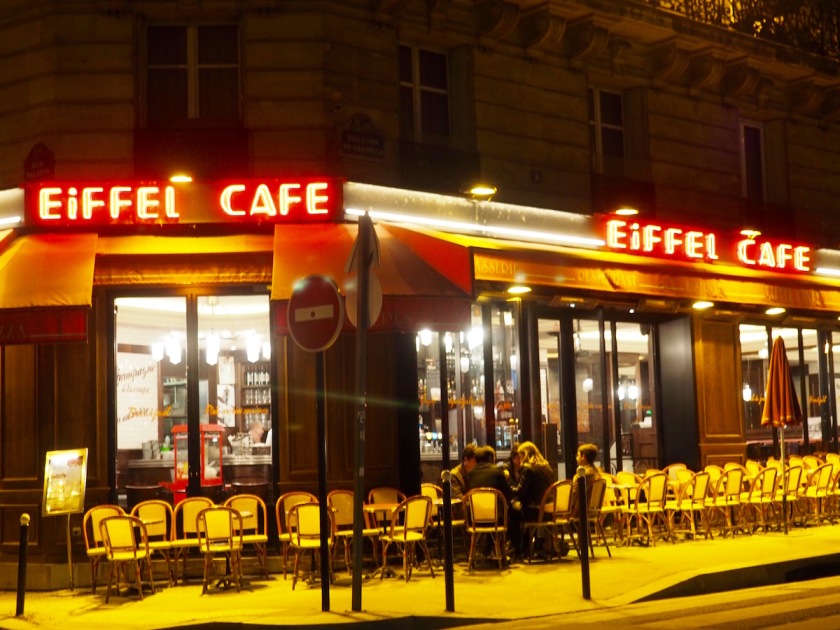 (Okay, this photo was not actually taken in the Latin Quarter, but there were lots of cafes like this!)

Next, I was off to Prague!